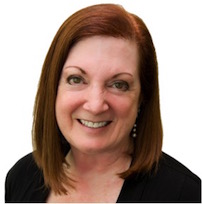 Before I was 18 years old, our family lived in six different houses. I went to six different schools. It meant I wasn’t part of the group that started
together in kindergarten and closed ranks as the years went by, until they constituted the “in crowd.” No new members allowed.

There was some usual angst connected to growing up. But, there were some definite benefits:
1. I learned to adapt to change, with very little discomfort.

2. I was never subjected to bullying and never had any concerns about whether someone liked me.

3. I was blithely unaware of the “rules,” just went about my life, having adopted the tenet that anything I undertook to do, I was going to do it to the absolute best of my ability.

4. I wasn’t “popular.” I was encouraged by teachers, supported by a select few friends (none of us in the in-crowd), and expected to flourish. So, I did. Eventually, I moved on to college, graduate school, and law school. I lived in New Jersey twice, Florida on several occasions, Massachusetts during my transition from middle school to young adulthood. And, now I am in the Rocky Mountains of Colorado. I went through the Vietnam War protests,
the Women’s Movement, the assassinations, the birth and hey-day of rock and roll, living on my own. I moved more than 20 times. Married, divorced
and married again, this time for keeps. There were some choices made which could have been better, but none were debilitating or fatal. And, all
the years and roads taken lead to fulfillment, contentment, and finding a way to make a difference in people’s lives.

All the lessons learned and paths taken contributed to the foundation of my being. I love my life. I have joy and no regrets.