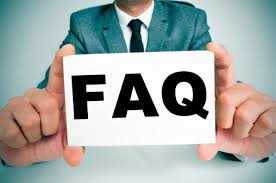 Question: A couple of Board members resigned last year because they were angry about a Board decision. Now, they are running for the Board again. They are investors, and are only concerned about protecting their investments.   Is that a conflict of interest? Do we have to put them on the ballot?

ANSWER: It is not a conflict of interest. There are certain grounds for disqualifying a candidate for the Board. Generally, for a homeowners association, a person is not eligible to run for or serve on a Board if he/she owes money to the homeowners association for more than 90 days. Also, person cannot run if he/she is a convicted felon whose civil rights have not been restored for more than 5 years.

In a condominium association and a cooperative, anyone owing money to the Association at the time of closing the nominations (40 days prior to the date of the election), cannot run or be seated; and the convicted felon failure of restoration of civil rights also applies.

In a condominium association, co-owners cannot serve on the Board at the same time unless they own more than one unit or unless there are not enough eligible candidates to fill the vacancies on the Board.

For a condominium, if a person becomes delinquent for any amount of time during the term on the Board, he/she is automatically off the Board, and the remaining Directors would appoint to fill the vacancy.

The By-laws for the association may also contain qualifications of directors. For example, it is usually necessary for a director to be a member of the association.

If none of those grounds for disqualification exist, you will have to put them on the ballot.