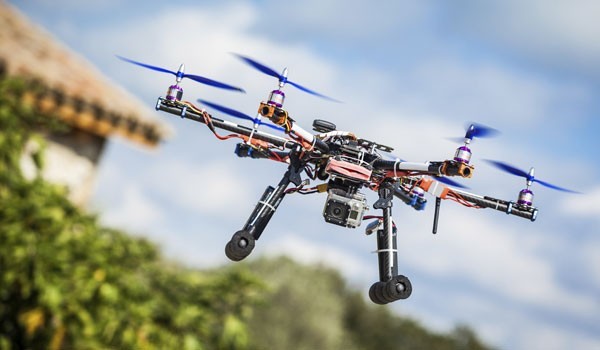 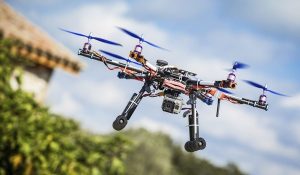 With the rapid increase of technology in today’s world, there are many new gadgets and devices that offer people the ability to do things they previously weren’t able to do. Lately, there has been a growing trend where consumers are purchasing and using drones throughout the United States, as well as abroad. With Christmas a few months away, children and teenagers will now have drones on their wish list instead of remote control cars. A drone can also be referred to as an unmanned aerial vehicle (UAV) or a remotely piloted aircraft (RPA) according to the International Civil Aviation Organization. Drones are typically controlled by a pilot who is situated on the ground via a remote control unit. Drones have been used for a long time in a military context but now with manufacturers providing them to civilians at affordable prices, drones have become quite prevalent. Most of the drones sold to civilians either already come equipped with a camera, or offer the option to affix a small camera, such as a “GoPro” device, so that the user can take photos from an aerial perspective. While drones have become commonplace amongst realtors and photographers for their ability to capture great images of objects from otherwise impossible angles, not everyone shares a positive opinion of drones.

Take for instance, the Kentucky man who noticed a drone flying over his property while his daughter was sunbathing so he proceeded to shoot it down with his personal handgun because they felt that the drone was invading their privacy. Or perhaps the Miami woman who was in the middle of breastfeeding her child in her Brickell Key condominium when she spotted a drone hovering outside of her window apparently taking photos of her. In Tampa, a woman reported a drone to police after it followed her to her car after she left a local bar and then suddenly came crashing on top of her car. Events such as these are stirring up serious concerns about the safety of drone usage. After all, what are the available remedies against drone users, if any? First and foremost, when people spot a drone in the air, they quickly look around in an attempt to determine who is controlling the drone. Judging by most stories that have covered situations pertaining to unwelcome drones, the general reaction from people who are startled by a drone is to meet it with anger.

The attention that drones have received has many homeowners living in Associations concerned and wondering how drone usage can be limited near their condominiums or homeowners associations to ensure personal privacy. On the other hand, some Community Associations have also contemplated utilizing drones in their own way, such as flying them around their community to investigate and see if unit owners have any previously unnoticed violations. All of the different scenarios that continue to come up generate more questions. Up until recently, there were limited regulations regarding the use of drones. The Federal Aviation Administration (FAA) issued guidelines stating that recreational operations of drones are to remain below an altitude of 400 feet, away from airports and indicating that the drone in use must remain within the operator’s view. This year the legislature passed Senate Bill 0766: Chapter 2015-26 which became effective July 1st and covers regulation of drone surveillance on private property and amending § 934.50, F.S. The new law provides that “a person is presumed to have a reasonable expectation of privacy on his or her privately owned real property if he or she is not observable by persons located at ground level in a place where they have a legal right to be, regardless of whether he or she is observable from the air with the use of a drone.” Additionally, § 934.50, F.S. also provides remedies for violations, including that the owner, tenant, occupant, invitee or licensee of privately owned real property may initiate a civil action for compensatory damages for violations and may seek injunctive relief to prevent future violations. The prevailing party is also entitled to their reasonable attorneys fees and, if truly egregious, then the individual may seek punitive damages against the intruding party. It will be interesting to see if drone operators are deterred by potential repercussions.

For Community Associations that genuinely believe that drones are causing an issue, the best course of action is to consult with an experienced attorney that can evaluate legal options and provide recommendations to deal with drone concerns in the community. Restrictions or allowances will vary based on each Association’s individual character and culture. As is typically the case, the law is creeping to catch up with reality and until further clarification is provided in the future, drones remain a sensitive topic that will undoubtedly produce interesting disputes for communities everywhere.