Big Bankruptcy Rule and Form Changes Coming: Be Warned and Be Ready! 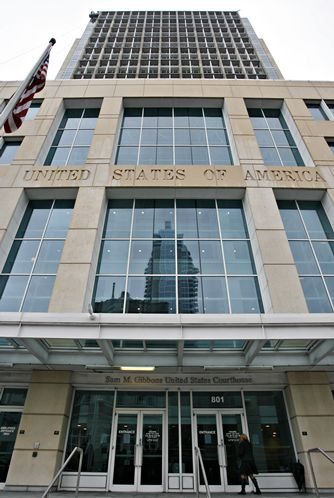 The proposed changes will take effect on December 1, 2017 provided that Congress and the Supreme Court approve (such approval is likely). These Rules and Form changes will significantly change how Creditors should approach bankruptcy cases and implements significantly shortened timelines for Creditors to take action, especially in Chapter 13 cases.

The major changes to the Rules and Forms are as follows:

This Rule adds a two-stage deadline for filing proofs of claim pertaining to security interest (mortgage or other lien) on property that is the principal residence of the debtor. These proofs of claim must be filed with the appropriate form account history attachment and escrow account statement within 70 days of the filing date (or conversion date). In addition, in order to be timely, all other loan documents evidencing the claim—such as the promissory note, mortgage—must be filed as supplement to the proof of claim within 120 days of the filing date (or conversion date). For such a claim to be timely, both of these deadlines must be met.

This 70/120 day time period is significantly shortened compared to the current rules which permits a claim to be timely if it is filed within 90 days after the Section 341 Meeting of Creditors date which, in practice, permits claims to be filed within an approximately 120 to 140 day time period from the filing date or conversion date.

The proposed modifications require at least 30 days’ notice to affected creditors of an objection to claim. Notice can be provided by “negative notice” which requires the affected creditor to oppose the objection and request a hearing within such 30 day period. This Rule also sets forth how service of the objection and notice is to occur—for most cases the service will be by first class mail; however, if the claim was filed by an insured depository institution as defined in the Rules then such service shall be by certified mail.

The changes to the Rule provide for the process for determining the amount of a secured claim, i.e. “valuation” of a secured claim. A debtor can request such determination by a provision in a Chapter 13 Plan, by motion or by objection to claim. The proposed changes specifically provide that the debtor’s proposed valuation can seek to avoid a lien in its entirety—i.e. a “lien strip”—resulting in the affected creditor only holding an unsecured claim. Permitting a debtor to seek valuation through a Plan is a significant change to the present practice in all of the Florida Districts and will require creditors to objection to confirmation of Chapter 12 and Chapter 13 Plans or else be bound by the Plan terms upon confirmation (see proposed changes to Rule 3015 below).

Rules 3015. Filing of Plan, Effect of Confirmation of Plan.

The modifications to this Rule further provide that a nonstandard provision in the Official Form or Local Form is effective only if it is included in the section of the Form designated for nonstandard provisions. In addition, the proposed changes require an objection to confirmation of a plan to be filed and served at least 7 days before the confirmation hearing date.

The proposed changes to this Rule also provide that the determination (i.e. “valuation”) of a secured claim in a Plan is effective upon confirmation and binding on the secured creditor notwithstanding whether the creditor filed a contrary proof of claim, notwithstanding how the debtor scheduled the claim, and regardless of whether the debtor has filed objection to claim.

This Rule sets out features required for all Local Forms for Chapter 13 Plans, including requirements as to consistency, formatting and content. If a Local Form does not comply with this rule then it cannot be used.

The change to this Rule is a new provision which permits a Chapter 12 or Chapter 13 debtor to seek avoidance of a lien impairing exemptions by motion or by Plan provision and specifies how such a Plan must be served.

The proposed Rule modification is the addition of a procedure for a debtor in a Chapter 12 or Chapter 13 case to request an order declaring a secured claim satisfied and lien released under the terms of a confirmed Plan. Provides that such request is to be made by motion and served on the claimant as required by Rule 7004.

This blog is meant to be an overview of the major changes that are coming. It is not a complete list. As with anything having to do with bankruptcy, there are many exceptions to the general rules. As always, please make sure to reach out to your bankruptcy attorney in regards to how best to proceed in a specific case at (813) 676-9082 or email BradH@whhlaw.com.

The changes (again, assuming the likely approval by Congress and the Supreme Court) will take effect on December 1, 2017 and will apply to all bankruptcy cases commenced after that date and all pending cases “insofar as just and practicable.” What this means is that they will govern virtually all bankruptcy cases, including those filed prior to December 1, 2017, so be ready to apply them right away!