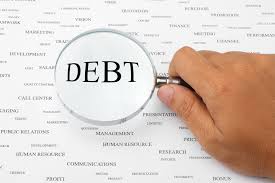 There are seventeen prohibitions on persons collecting consumer debts under thee Florida Consumer Collections Practice Act.  They are:

The penalties for violations can be costly.  If a creditor has repeatedly “harassed” a consumer, but has not engaged in a clear pattern of abuse, an administrative fine up to $1,000 may be imposed.  A debtor who has been “harassed” may bring a civil action.  A successful debtor will be entitled to recover the greater of $500 or his/her “actual damages” from the violator.  In addition, the debtor shall recover “court costs and reasonable attorney’s fees.”.  It is within the Court’s discretion to award punitive damages to a successful debtor.  The Court may also “provide such equitable relief as it deems necessary or proper, including enjoining the creditor from further violations.”

The area where some creditors can get tripped up is communicating with a debtor when you know the debtor is represented by an attorney.  The civil penalties can add up if the violations are severe of if you have to pay the debtor’s attorney’s fees.