Could This Happen to You? 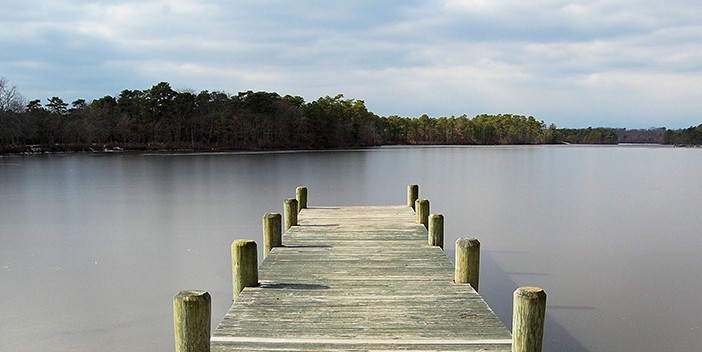 Joe and Mary decided to move to Florida to purchase their waterfront dream home. They had worked for many years to save enough money to retire in the lifestyle to which they had become accustomed. They sold their home up north and took the proceeds of that sale to buy the house in St. Petersburg. They worked extensively to locate the perfect retirement home. After examining the real estate market in the Tampa Bay area, they decided that the Boca Ciega Bay area in south St. Petersburg would be the right place. After signing the standard real estate contract, the real estate agent sent them directly to a title company to assist in the closing. They looked at a survey at the closing but they did not closely review it. They also obtained a copy of a Title Insurance Commitment at the closing, which they also did not closely review. At the closing, everything went smoothly. The sellers were friendly, the realtors were cordial and the closing agent seemed to know what he was doing. Unfortunately, no one at the closing really knew what they were doing.

A few months after the deal closed and Joe and Mary moved into the property, Mary started receiving notices from the county. The notices explained that there would be a tax deed sale in the upcoming months. They really didn’t worry much about the notice since they closed at a title company and everyone knew what they were doing. They had also had a survey performed and they had received a Title Policy. After a few more months, they received a notice from an individual in the mail. The notice said that the individual had purchased the land between their house and the water which included their dock. They needed to remove their dock immediately from his property or pay him $10,000.00. Sound realistic? This actually happened in Hillsborough County within the last year. Is what the individual did illegal? NO. Tax deed sales occur all the time for small, seemingly-unwanted parcels to which the tax collector has given a folio number and for which the taxes have not been paid. Can such an individual create havoc for you? YES. Don’t go it alone. You may have heard the Attorneys’ Title Insurance Fund advertising over the radio in the last few months. The advice is given to promote the use of an attorney at a real estate closing but it is also given to protect the buyer and seller in a real estate transaction.

If Joe and Mary had had a property law attorney at their closing, the attorney would have reviewed the survey and the Title Commitment. Upon close review of the survey, the attorney would have noticed that the boundary of the survey did not include the water. Without including the water, the access to the bay was limited. In fact, the property where the dock was located was not actually owned by Joe and Mary. This parcel was owned by someone else. As a result, a close review of the survey would have revealed this problem allowing resolution prior to closing. Other complex issues can arise in a closing including: inadequate legal descriptions, problems with easements which encroach over other structures and even problems with the closing documents. You should have your attorney review the closing documents, the survey and Title Insurance Commitment at or before closing. In addition, it would be wise to have the attorney review your contract before signing.

If Joe and Mary had had an attorney at their closing, they would have discovered that the seller didn’t own the dock and they could have done a few things to protect themselves. First, they could have attempted to purchase the tax deed at the tax sale. Second they could have told the seller that there was title defect and forced the seller to fix the problem or reduce the price. They might have even backed out of the deal. Under the normal real estate contract used by many real estate brokers in this state, the buyers could have forced the sellers to fix the problem or they could have backed out of the deal prior to closing. Although backing out the deal seems distasteful, it may often be the wisest move when a title or survey defect arises. Just remember, this could happen to you so don’t go it alone.