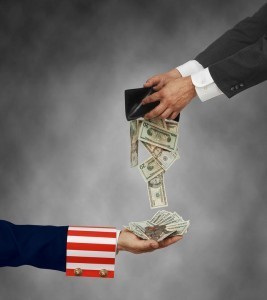 Creditors enforcing payment of a judgment through a wage garnishment in Florida have some good news and some bad news. First the good. A judgment creditor can obtain a garnishment of a debtor s wages of up the 25% of the disposable income. It is also good news that the garnishment is continuing in nature and the deduction from wages continues from each paycheck until the judgment is paid. Garnishment is accomplished without advanced notice to the debtor.

Unfortunately, there is more bad news. Florida considers wage of a head of household deposited in a bank account as also exempt. The funds do not lose their character as wages when deposited. Unless the debtor has other funds in the account that are not wages, the bank account will be exempt, if the debtor asserts and proves the exemption claim.

We can end this on some other good news for creditors. There can only be one head of household. If a creditor has a judgment against a husband and wife, and they are both working, the one making the least money can have wages garnished. Also, debtors often claim a right to exemption, but do not always prove their entitlement to it.