What Is A Bankruptcy Proof of Claim? 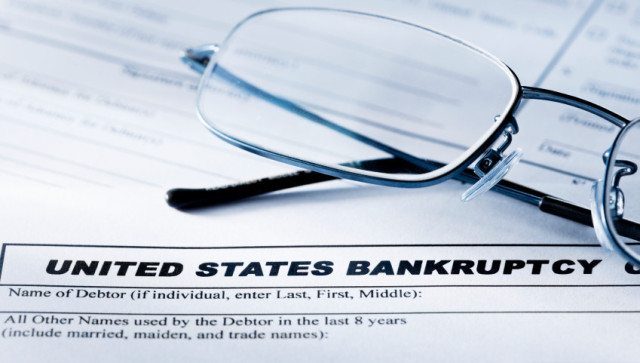 The Clerk of the Bankruptcy Court sends out a written notification of a bankruptcy filing to all creditors that are listed in the initial bankruptcy documents filed by a Debtor or Debtors in the instance of a joint filing by married spouses.  This Notice of Bankruptcy Case will set forth the deadline for filing a proof of claim (if set by the Court at the filing of the case) or will state that a proof of claim deadline will be noticed later in the case if the Bankruptcy Trustee recovers assets in the case.  The Clerk’s Notice will also include the Proof of Claim form and instructions for completing it as well as instructions regarding how and where to file it.

There are various types of bankruptcy cases and each type has specific proof of claim filing requirements.  This article will focus on the most common bankruptcy types—Chapter 7, Chapter 13 and Chapter 11.  In a Chapter 7 bankruptcy case if there is any property or other assets that can be sold or otherwise administered for the benefit of creditors then Creditors will be notified to file a proof of claim and will be notified of the deadline for filing such claims by the Court.  Creditors must file a claim by the deadline (the “bar date”) in order to receive a distribution in the case.  Generally, a claim that is filed late will not receive any payment in the bankruptcy case.  Chapter 13 cases are similar though in these cases the bar date will be 70 days from the date of the filing of case and will be set forth in the Notice of Bankruptcy Case that a Creditor receives after the bankruptcy filing.  This proof of claim filing deadline applies to both secured and unsecured Creditors in order to receive distributions from the Chapter 13 Trustee as set forth in the Debtor’s Chapter 13 Plan.  It is important to recognize that even if a Chapter 13 provides for payments to a Creditor, such Creditor will not receive payment from the Chapter 13 Trustee unless a proof of claim has been filed.

Chapter 11 bankruptcy cases are most often filed for businesses which seek to propose a plan to reorganize and continue business once the bankruptcy case is concluded.  There is an exception to the general proof of claim filing requirement that is oftentimes applicable in Chapter 11 cases.  A Chapter 11 Debtor will file Schedules with the Bankruptcy Court which lists the Debtor’s assets and liabilities as well as the state of the Debtor’s financial affairs at filing.  The Debtor will list the Creditor’s claim on these Schedules as well as the type of claim (secured, unsecured, or priority) and the amount of the Creditor’s claim.  The Debtor may also list the Creditor’s claim as “disputed, unliquidated or contingent”.  A creditor need not file a proof of claim in a Chapter 11 case IF the claim is listed correctly as to the type of claim and the amount of the claim AND is not listed as disputed, unliquidated or contingent. Assuming that all of these parameters are met then the Debtor will make distribution to the Creditor based upon the terms of its confirmed Chapter 11 Plan.  However, if all of these parameters are not met then the Creditor must file a proof of claim by the bar date set by the Court or else the Creditor will be deemed bound by what the Debtor has scheduled in regards to the claim.

A Creditor’s proof of claim that is properly and timely filed is deemed under the Bankruptcy Rules to be correct as to the validity and amount of the claim.  However, the Debtor, Trustee or other party in interest may object to the claim which puts the burden of proof on the Creditor to prove the validity of the claim.  Some common reasons for an objection to be filed include a dispute as to the amount of the claim; a dispute as to the classification of the claim (such as secured or unsecured), a failure to attach proper documents evidencing the Debtor’s liability for the claim and so forth.  If a claim is filed after the bar date then the Debtor or Trustee will likely object to the claim as late and seek to disallow it or subordinate the late-filed claim to the claims of timely filed creditors.

A creditor will have the opportunity to respond to an objection to its claim though this response would need to be filed by an attorney within the usually short time period set by the Court after the objection is filed.  Failure on the part of the creditor to respond to an objection will often result in the objecting party (such as the Debtor or Trustee) receiving an Order permitting the relief sought in the objection, such as disallowance or reduction of the allowed amount of the claim.  The Bankruptcy Court will schedule a hearing to consider the objection and the Creditor’s response in support of its claim and will make a determination as to the allowance of the claim.  The Court may allowed the claim as filed or may disallow it in its entirety or may determine that the claim is to be allowed but modified in some way such as a change in the category of claim (for example a secured claim being changed to an unsecured claim) or a change in the amount of such claim.  Creditors are well advised to carefully review correspondence received in bankruptcy cases in order to monitor whether an objection to claim has been filed.  If such an objection is filed then the creditor should notify its attorney immediately in order to take appropriate steps to address the objection and preserve the claim.